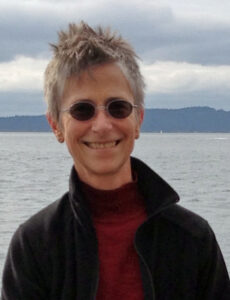 Robertson earned her Ph.D. in Anthropology from Cornell University in 1985, where she also earned a B.A. in the History of Art in 1975. The recipient of many fellowships and awards, she was an Invited Fellow at the Wissenschaftskolleg zu Berlin (1996-1997) and a Fellow of the John Simon Guggenheim Memorial Foundation (2011-2012). ACLS, SSRC, NEH, Japan Foundation, Abé Foundation, Wenner Gren, and Fulbright are among her other fellowships.

Robertson is the originator and General Editor of COLONIALISMS, a (now closed) book series from the University of California Press. Books in the series explore the historical realities, current significance, and future ramifications of imperialist practices with origins and boundaries outside of “the West.” Formerly Japan Editor of Critical Asian Studies, she now serves on the Editorial Board (http://criticalasianstudies.org).

Her seven books and over ninety articles and chapters address a wide spectrum of subjects ranging from the 17th century to the present, including nativist and social rectification movements, agrarianism, sex and gender systems and ideologies, mass and popular culture, nostalgia and internationalization, urbanism, the place of Japan in Anthropology, sexuality and suicide, theater and performance, votive and folk art, imperialism and colonialism, eugenics and bioethics, and technology and robotics. Her publications have been translated into German, Finnish, French, Hebrew, Japanese, Korean, and Spanish. She has taught graduate and undergraduate courses on anthropological history, theories and methods; non-western colonialisms; art, identity, and anthropology; bio-art; robot-human interaction; image-based ethnography; mass and popular cultures; ethnic diversity in Japan; sex, gender and sexuality; and Japanese culture and society, among other subjects.

Robertson is currently researching, writing, and editing articles on the cultural history of Japanese eugenics; art, science, and technology; sex-gender systems; human-robot interfaces in Japan and elsewhere; and biomimetics. Her newest book is Robo Sapiens Japanicus: Robots, Gender, Family and the Japanese Nation (University of California Press, 2018); a Korean edition is forthcoming in 2023 and a Japanese edition is in progress. Although her primary area specialty is Japan, where she has lived for over two decades, Robertson has also worked in Sri Lanka (1982-1992) and since 1997 has been working in Israel as well. In addition to her academic work, she makes collages, watercolors, serigraphs, ceramics, and oil paintings (www.biwahamistudio.com).